Those Who We Learn From 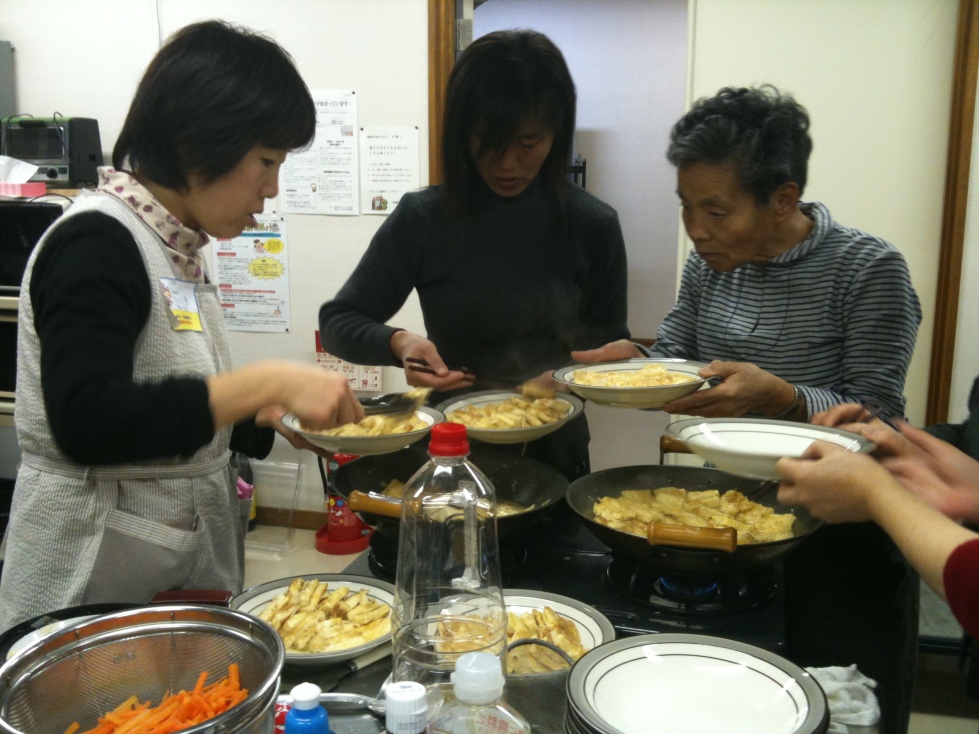 The first time I came to Tokyo in 2009, I spent much of my time alone wandering through hyperactive streets glowing in every direction.  I had no idea where I was half of the time, but countless kind Japanese people helped me along the way.  There was the kind gentleman who carried my heavy bags down the stairs of the Akebonobashi Station near Shinjuku just before his work hour; there was the train attendant who patiently helped me figure out a problem I had with my ticket when traveling to Nikko; and there were dozens more who made sure I was on the correct train or was walking in the right direction.

But the person who I remember most is an elderly woman I met when strolling through Happo-en Garden.  At the suggestion of a friend, I walked through this somewhat hidden gem in Tokyo on my second to last day in Japan.  After entering the gates, I quietly strolled around the garden, admiring the carefully trimmed trees and listening to the soothing, streaming water in the ponds.  After about 10 minutes of observation, I noticed a kind-looking woman smiling at me.  She introduced herself and asked where I was from and my age.  She continued to smile and told me she had children around my age.  She said Happo-en was a very special place to her.  “I was married here many years ago,” she told me in English as we continued to walk.  “I have come here almost everyday since then.” She said that many things have changed in Tokyo since then, but this garden remains a special place for her. 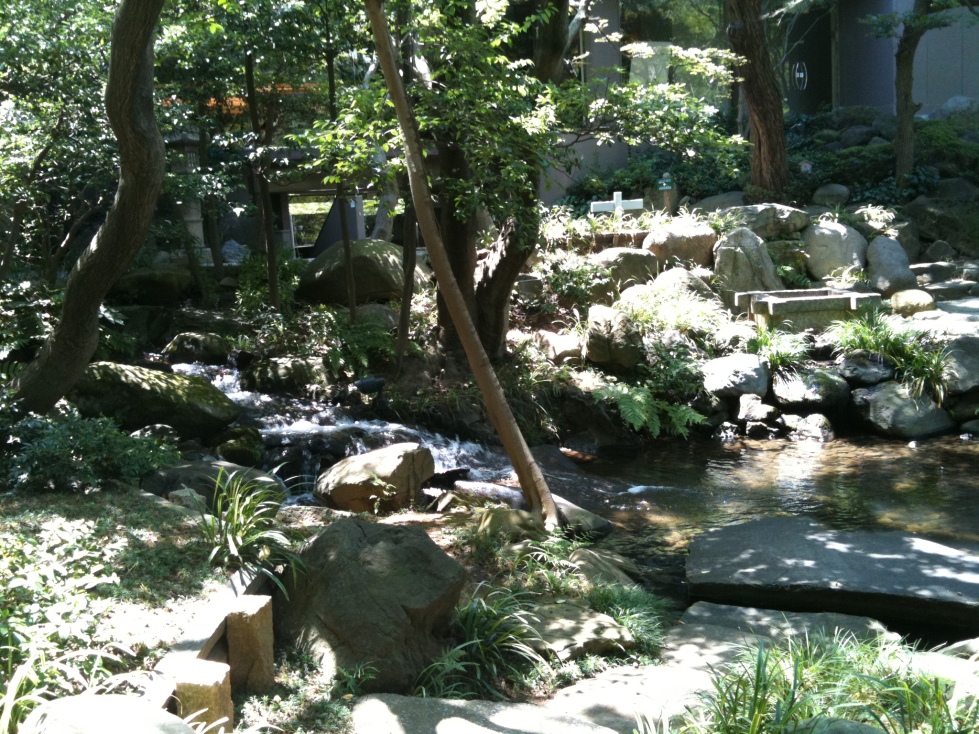 After chatting a bit more, I asked her about the Japanese tea ceremony ritual, and she walked me to a small restaurant that served green tea.  She showed me around the area and wished me luck with the rest of my journey.  We then parted, and I went to a nearby house to experience my first tea ceremony, which, quite literally, I paid for with every last coin I could find in my pocket.  I wrote about this woman briefly in my essay to the JET Programme, and in many ways, it is people like her who make me admire Japanese culture, even if there are parts of the society that certainly frustrate me. 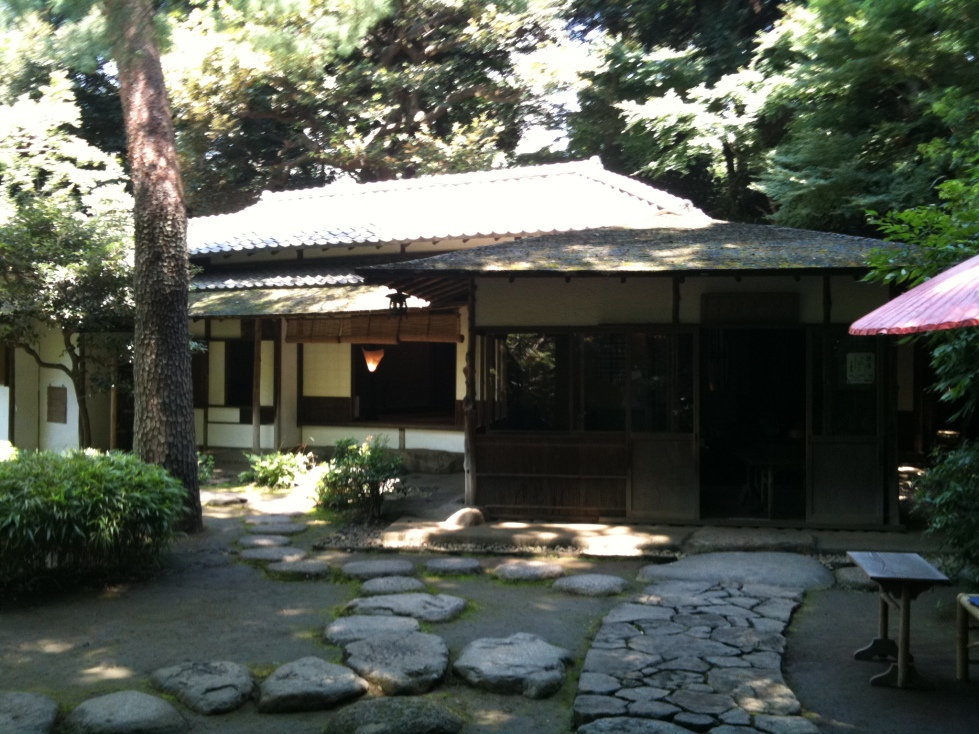 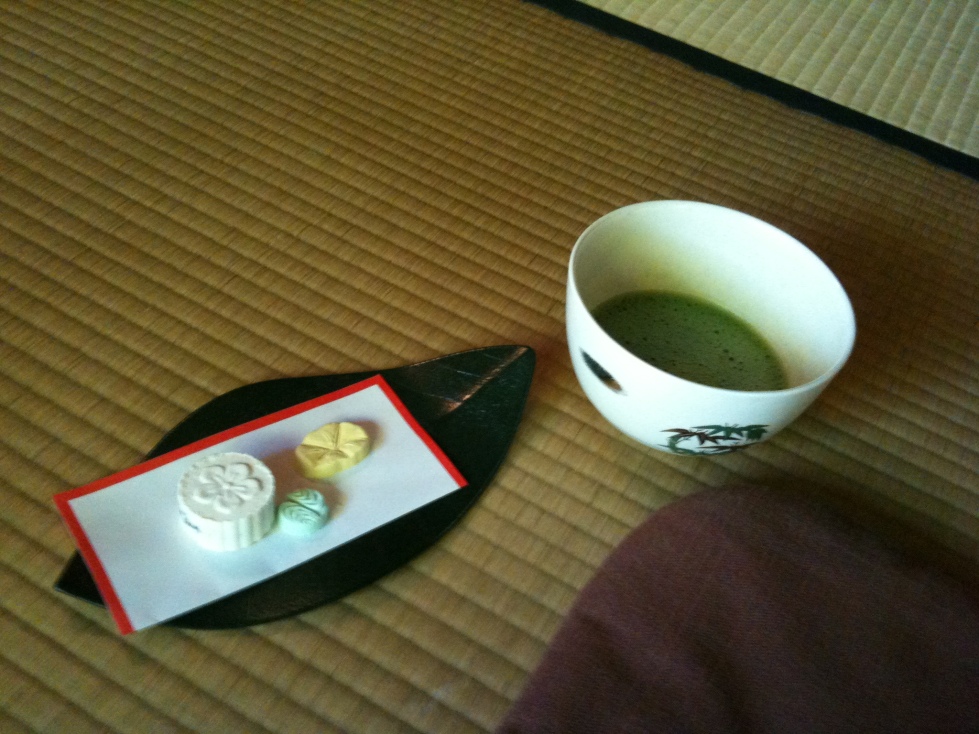 Now that I live in Japan, I have had several other encounters with elderly Japanese women.  I am not sure why, but they seem drawn to me, and I to them.  Many of them go out of their way to talk to me, even if they don’t know much English.  This is a country, after all, where many adults take in their aging parents instead of immediately shipping them off to a nursing home.  Although I consider myself a fairly progressive and forward-thinking individual when it comes to politics, I also have always believed in the wisdom that your elders can teach you.  I wish I had talked to my grandparents more before they passed, and I hope to have many more conversations with my maternal grandmother before her time comes.  My elders in Japan remind me how much I still have to learn about life.

During my first week in Namerikawa, I stopped by a local grocery store just steps away from my apartment.  The average customer’s age here is probably 70.  As soon as I stepped in the check-out line, I was greeted with a large grin by a woman who (in Japanese) eagerly asked where I was from and my occupation.  I smiled and tried my best to reply in Japanese.  We talked a little bit more about the weather before I gathered up my items and headed back to my apartment.  Now, each time I see her, she always grins and asks me questions, mainly about the weather and how I get to work.  I can’t always understand her because my Japanese is poor, but her effort to speak to me is quite touching.

A few months after settling in Namerikawa, I spent a fall weekend in Kyoto with Jenson.  He won an essay contest, so I accompanied him to Japan’s former capital.  We took an early Saturday morning train, and just before we boarded, I had to stop by an ATM to get money for the weekend (Japan is a very cash-based society, so without cash, you’ll find yourself in a tough position).  I waited outside another local grocery store with ATMs that open when the store opens.  I sat down in the waiting area next to an elderly Japanese woman. She smiled at me and asked me the time.  I showed her my watch, but she couldn’t see well, so she gently grabbed my wrist to bring it closer to her face.  She then thanked me and offered me a piece of Japanese candy.  Soon, another elderly woman came to wait with us.  They seemed to know each other and began talking.  I offered her my seat and she thanked me profusely.  I smiled, and soon the doors opened and we separated.  A few weeks later, at the same store, an elderly woman and I arrived at a check-out lane at about the same time.  I bowed and quietly whispered, “dozo” (go ahead).  She thanked me and seemed so shocked that she said something to me in Japanese that I could not understand.  Noticing my confusion, the clerk smiled and said, “beautiful….manner.”

Most recently, I spent my first Christmas away from home.  I missed my family, and even though stores played Christmas music and decorations were everywhere, it definitely did not feel like Christmastime…until Christmas Eve.  It snowed heavily for the first time in the afternoon, and by nightfall, snow covered almost every inch of this tiny seaside town.  I plowed my way through the sidewalks to make it to the train station in time to meet two friends for dinner in Toyama City.  On the train ride back, I met a kind Japanese woman whose face lit up when I sat down next to her.  After a moment of smiling, she asked where I was from and what I was doing in Japan.  She told me she was in town for a funeral.  I expressed my condolences, and she then took from her bag an essay she wrote in English.  “I will give a speech later on this,” she said.  “Will you read it?”.

The essay was about the Japanese tea ceremony.  She wrote that her mother always wished she would participate in tea ceremony, but as a young girl, it did not interest her.  Years later, she finally obliged, and discovered the beauty of tea ceremony, which takes years to master and emphasizes harmony and ritual.  We talked for a few more minutes.  She told me was 65; I told her my mother is the same age.  She said that she and her husband live alone in Osaka now that their children are grown.  “If you want, you can stay with us when you come to Osaka,” she said.  We exchanged phone numbers and e-mails.  As the train approached Namerikawa, I said goodbye and gathered my hat and gloves, ready to walk through the snow once more.

← Clouds rising above mountains
My Most Dreaded Katakana →